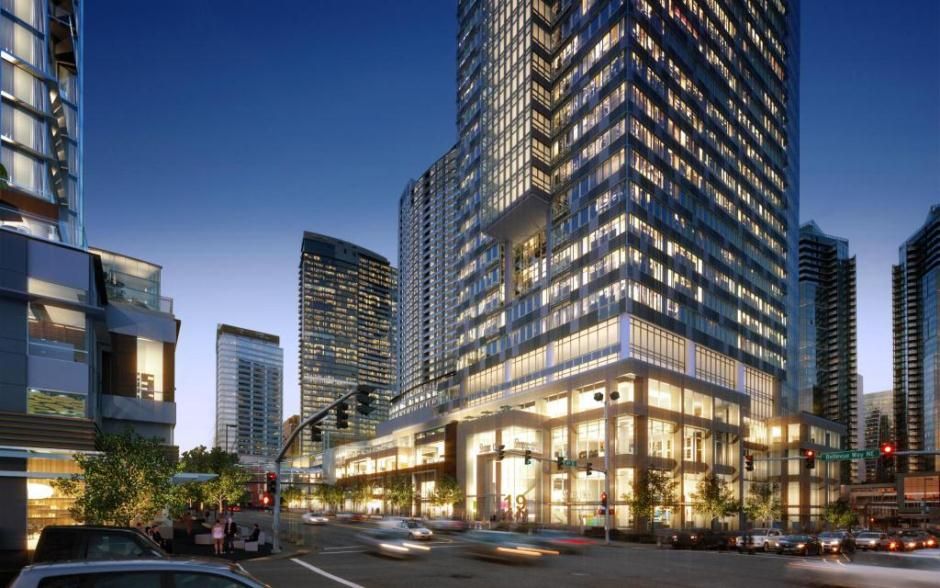 Strolling by the Lincoln Square expansion today I saw lights starting to turn on, the escalators in plain sight, and the construction equipment beginning to be removed.

The project will open to the public in January. On Wednesday the Puget Sound Business Journal reported on several new pieces of information about the project. Here is a sampling some of the new details:

Additional aspects of the article detail out many of the existing announcements and when their openings will take place.

2017 is set to be a big year for The Bellevue Collection.