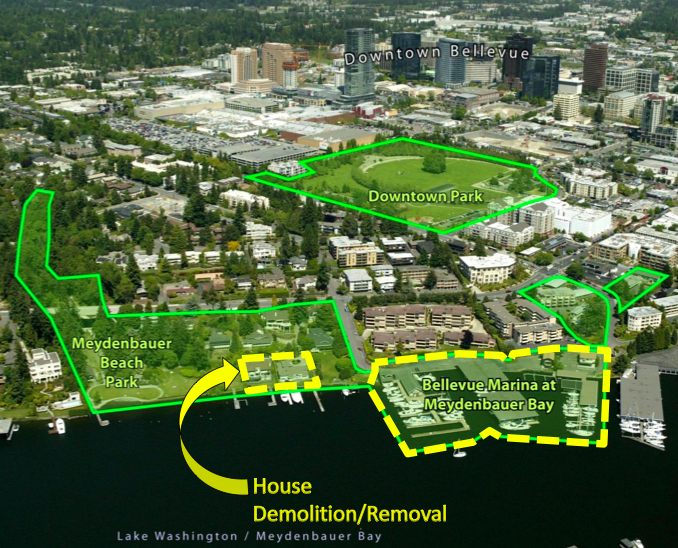 We have previously reported on projects related to Meydenbauer Bay Park and Marina. New construction will provide fourteen visitor moorage slips at the marina and public access to two additional waterfront properties at Meydenbauer Beach Park. City staff worked with the Meydenbauer neighborhood and KPFF Consulting Engineering, Seattle, to identify a design to fit the needs for visitor moorage.

Environmental and construction permitting for the visitor moorage renovations and the residential dock removal is complete. The project has been submitted for public bids.

City staff continues to research and draft goals and objectives to complete the visitor moorage.

To view one of the past presentations that visually shows the plans for land from a neighborhood meeting visit the City of Bellevue website.