Sound Transit recently hit a big milestone on the East Link light rail tunnel development, as they announced it’s 90 percent complete. The tunnel is on track to be completed in mid-July.

The project was kicked off in February 2017 and originally scheduled to be completed in 20 months. It will now likely be completed in 15 months, five months faster than forecasted.

The tunnel will be one-third of a mile, with stations at “East Main” (intersection of 112th Avenue SE and Main Street) and “Downtown Bellevue” (at NE 6th Street near the transit center). The tunnel is 27 feet and 10 inches tall, as well as 34 feet wide. In total there will have been 72,000 cubic yards of soil removed.

“We are on the verge of a breakthrough in many senses of the word,” said Sound Transit Boardmember Claudia Balducci. “As the tunnel nears completion, we are moving ever closer to seeing light rail fully constructed, connecting the eastside to the rest of the region and giving our residents and visitors a fast, reliable, traffic-free way to get around.”

East Link in total will be 14 miles, going from downtown Seattle to downtown Bellevue, through the Overlake and Redmond areas via I-90. There will be 10 stations in total, which will be operational in 2023.

To see the progress that Sound Transit has made, view a video recently published. 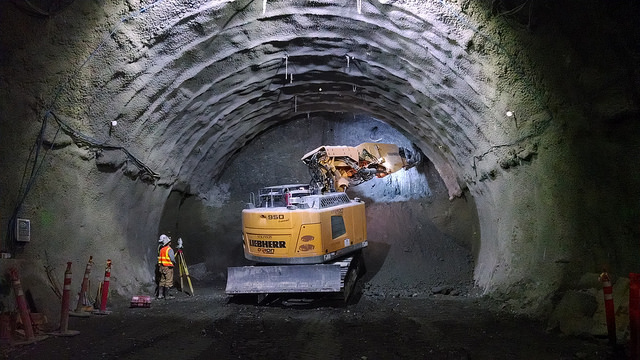