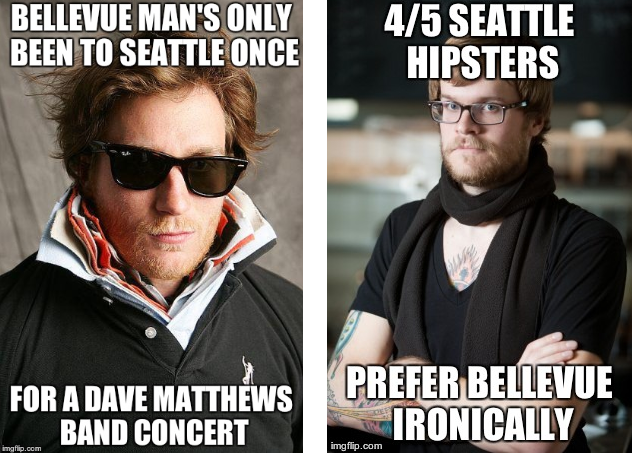 A recent blog post on Estately, a real estate website, compares what city is better a place to live in between Bellevue and Seattle. The article compares several characteristics such as: wealth, diversity, sex offenders, brunch, and a breadth of other topics.

Although entertaining, the article isn’t much of a true and fair comparison. Here are a few holes within the article:

There are several other interesting facts and comparisons listed in the article (not all bad). A few of the interesting comparisons to note are: Which Seahawks players have been arrested in Bellevue; average home prices, name origins, & much more.

Have some spare time to kill? Check out the article on Estately.

Oh…and for the record if you’re curious we recommend living in Bellevue. Just thought we’d clear that up.