Schnitzer West purchased land in downtown Bellevue this week and plans to build a 16-story office tower on the site beginning next year, according to the Puget Sound Business Journal.

The Seattle-based development company bought the site at 415 106th Ave. NE, where a Bank of America branch is now located and across the street from Bellevue Towers, for $12 million.

Schnitzer West paid 28 percent less for the property than Aspen Growth Properties of San Diego paid for it in 2007, according to the report.

A Schnitzer West representative said Bank of America plans to open a branch in the 360,000-square-foot office tower in 2016. 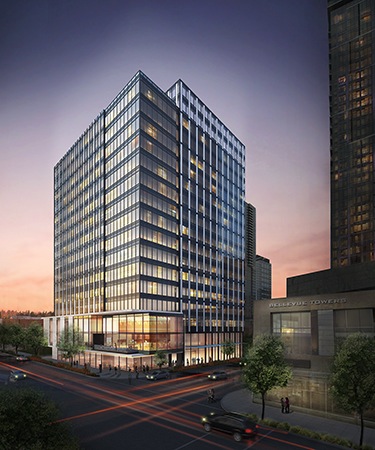