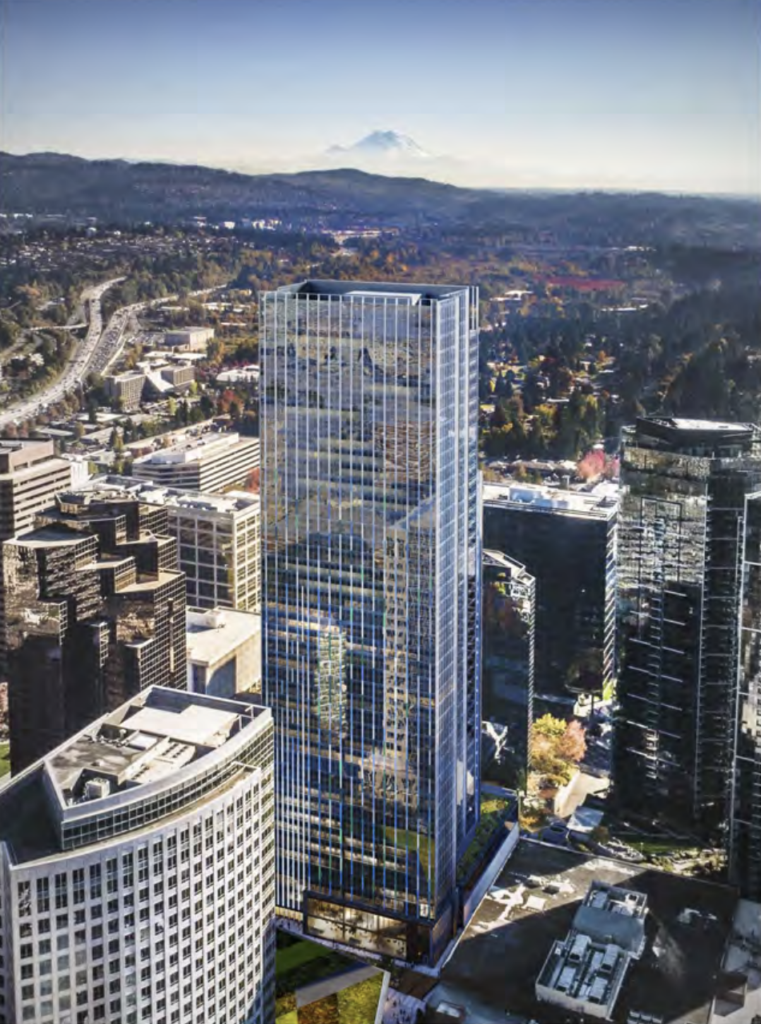 The City of Bellevue recently confirmed that Vulcan Real Estate has broken ground on their project located on 108th. The city lists the property as being under construction at 555 108th Avenue Northeast.

We reported in February 2019 that the application for design review had been submitted by Vulcan for approval to the City of Bellevue. The existing buildings have now been demolished. These include the previous tenants; Blazing Bagels, Ooba Tooba Mex Grill and Nibbana. Blazing Bagels has relocated to to 108th Ave NE and Main Street.

Vulcan Real Estate previously stated that they would not begin construction until they had a tenant. We’ve reached out to Vulcan to see if they have secured one.