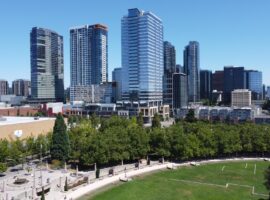 With soaring temperatures reaching over 100 degrees, restaurants and gyms are watching out for the safety of their employees and patrons. We have put together a list of closures to be aware of for the day (6/28). 520 Bar & Grill Trufusion Cactus Tavern Hall Molly Moon’s Walk-Up (the flagship […] 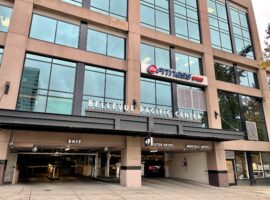 24 Hour Fitness is now closed. The gym was located at 188 106th Ave NE Unit 500 in Downtown Bellevue. Last week, we reported that LA Fitness is permanently closing at the end of November. According to signage, they were unable to come to a lease agreement and had to […] 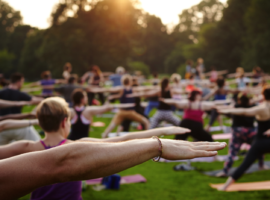 TruFusion, the group fitness studio at Lincoln Square South in Bellevue that opened earlier this year, announced it will be hosting classes outdoors during the summer. The outdoor programs will be free to members and take place at Bellevue Downtown Park and include weekly yoga and fitness classes. The fitness […] 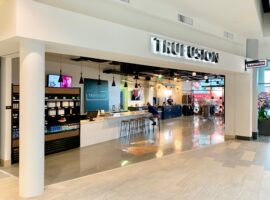 TruFusion is now open on the second floor of Lincoln Square South. This is the first location in Washington for the fitness and yoga gym. Owners include Alex Rodriquez, Russell Wilson, Scott Swerland and Taryn Naidu. Pre-grand opening festivities occurred on Wednesday, March 28th, with Russell Wilson participating in Trufusion’s […] 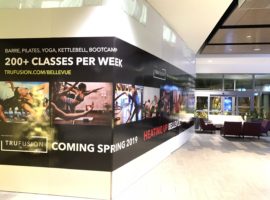 Trufusion, a fitness and yoga gym, is opening on the second floor of Lincoln Square South in spring 2019. The gym offers 240 classes a week in 65 different styles. There are 4 studios within the gym. Most classes are heated and all are done in a group setting. Featured […]