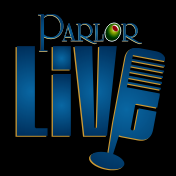 Parlor Live, which launched in January, is giving away tickets for the month of April to their comedy shows.  To reserve tickets (2 per person), shoot an email over to AprilTickets@ParlorLive.com.  The tickets are subject to availability, so first come, first serve when emailing them.  This is not an April Fools joke…There are no drink minimums or other catches you should be aware of.  Here are the shows that will be featured in April:

Carlos Oscar: Life Is Crazy Good!
Friday, April 3 – Saturday, April 4
Carlos Oscar is a smart and perceptive storyteller with a knack for good, clean comedy and one who sheds light on the humor in everyday mishaps! His television credits include appearances on NBC’s “The Single Guy” and “The Tonight Show with Jay Leno,” as well as Fox’s “Living Single,” Comedy Central’s “Premium Blend,” and CW’s “Apollo Comedy Hour.”

Jackie Flynn
Thursday, April 16 – Saturday, April 18
Jackie Flynn is a “comic’s comic”, whose rapid fire, take-no-prisoners delivery and twisted wit have parlayed his success. A Farrelly brothers favorite, his credits include “King Pin,” “There’s Something About Mary,” “Me, Myself And Irene,” “Shallow Hal” and “Stuck On You,” the hit CBS series “The King of Queens,” the movie “Men of the Square Table,” and the popular Miller Lite “Man Law” commercials. He is a past winner of the prestigious San Francisco International Comedy Competition. With special guest Billy Wayne Davis, “Last Comic Standing’s” Ralphie May’s favorite touring feature act!

Likely driven by the a struggling economy, this is a great way for Parlor Live to get bodies into their upcoming shows, while showing appreciation to the fans that have already been to a show.  The Parlor had reportedly been giving out tickets to customers at The Parlor right before shows at Parlor Live, trying to fill the audience.

Parlor Live has focused on comedians and has yet to feature a big headlining musical act as originally alluded to.