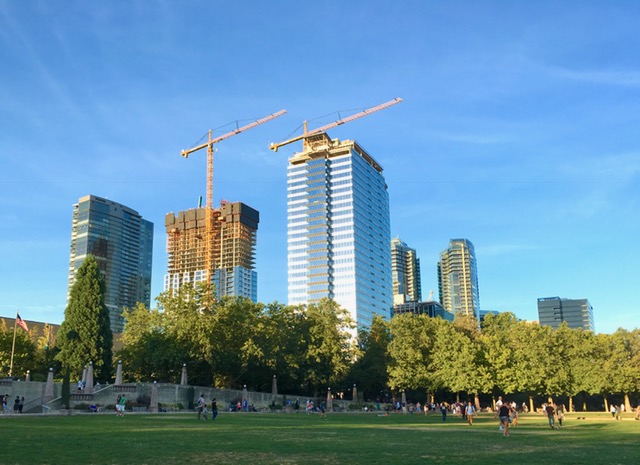 Technology companies are playing a big part in the growth of the Bellevue market.  Bellevue is home to several large tech companies like Microsoft, Expedia, Concur and T-Mobile.

The Seattle/Bellevue metropolitan area is being recognized as a major technology center in the U.S, primarily due to the vast computer engineering talent that populates the region.

2016 has been a year with many significant tech announcements. In 2015 Expedia announced plans to move its workforce from Bellevue to Seattle in 2020. In 2016 good news for Bellevue has flowed from many tech companies.

As previously posted, Amazon is reported to be leasing 354,000 square feet at Schnitzer West’s 425 Centre in downtown Bellevue. Additionally, it’s reported that Chinese tech giant Alibaba (valued at $211 billion) will be hosting a Technology Forum in downtown Bellevue and will be moving its engineering office from Seattle to Bellevue. Salesforce.com is another large technology company that announced in 2015 that they will be leasing 75,000 square feet of office space in 929 Office Tower.

Apple is believed to be aiming to dramatically expand its presence in the greater Seattle area. Presently, Apple occupies less than two floors of an office tower in downtown Seattle. Apple is thought to be shopping for significant office space in downtown Bellevue.

Co-working office space company, WeWork is planning to open in Bellevue at Lincoln Square’s expansion in early 2017. The company has committed to 80,000 square feet.

Cloud services provider, BitTitan, has secured office space in Bellevue. The company inked a deal for 62,000 square feet at the One Twelfth @ Twelfth building, moving from its headquarters in Kirkland. The company’s new location will be at 1120 112th Ave. NE.

Although Expedia is pulling out from downtown Bellevue the company announcements that followed have exceeded analysts’ predictions. Bellevue has seen tremendous growth for over 20 years and has changed from a bedroom community of Seattle to an innovation and technology center that is a large economic player in the Puget Sound.