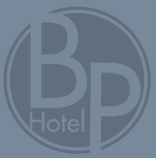 Essex on the Park is out, and a new boutique hotel is in.  Likely due to the stiff competition in the luxury condominium space, Essex On The Park will no longer pursue the planned complex.  Abu Dhabi-based Hydra Developments has decided to build a 75,000 sq.-ft. boutique hotel with 100 guestrooms, 4,500 sq. ft. of meeting space, a spa, and a 4-star restaurant.  The hotel will be named Bellevue Park Hotel and is planned to open in 2012 across from Bellevue Downtown Park. The planned hotel would be managed by MTM Luxury Lodging, which manages successful hotels in the area such as Hotel 1000, Willows Lodge, Woodmark Hotel, and Sorrento Hotel.

In the current struggling real estate market, this seems to be a smart move for the developers.  Essex On The Park, besides having generous square footage, seemed to blend in with the many new condominim complexes that have come or are shortly coming to the market.