El Gaucho successfully hosted Downtown Bellevue’s first annual Pour on the Plaza on Saturday. Spread out on the grassy plaza in front of the City Center Building, the weather cooperated for lots of wine, music, and food.

Envisioned as an upscale wine-centric Downtown Bellevue version of The Bite of Seattle, the Pour featured nearly 30 local wineries and 4 restaurants. According to David Scherling, the General Manager of El Gaucho, he couldn’t be more pleased with the first year’s turnout. And he’s already looking to next year, in which he hopes to have more than twice the number of restaurants – After all, Purple Cafe and Artisnal will be around for next year’s shindig!

Now, while I do love me some wine (and certainly did at this event), I am of course all about the food. El Gaucho provided some delicious grilled scallops; Wild Ginger grilled up a curry paste and basil salmon in a banana leaf that was to die for. And while it wasn’t haute cuisine, I will admit that I ate more than my fair share of The Melting Pot’s Oreo-encrusted marshmallows dipped in hot chocolate. Hey, it pairs well with Shiraz (at least that’s what I told myself when I went back for fourths).

Verdict: not bad for a first time event! I am eagerly looking forward to Pour on the Plaza 2010. 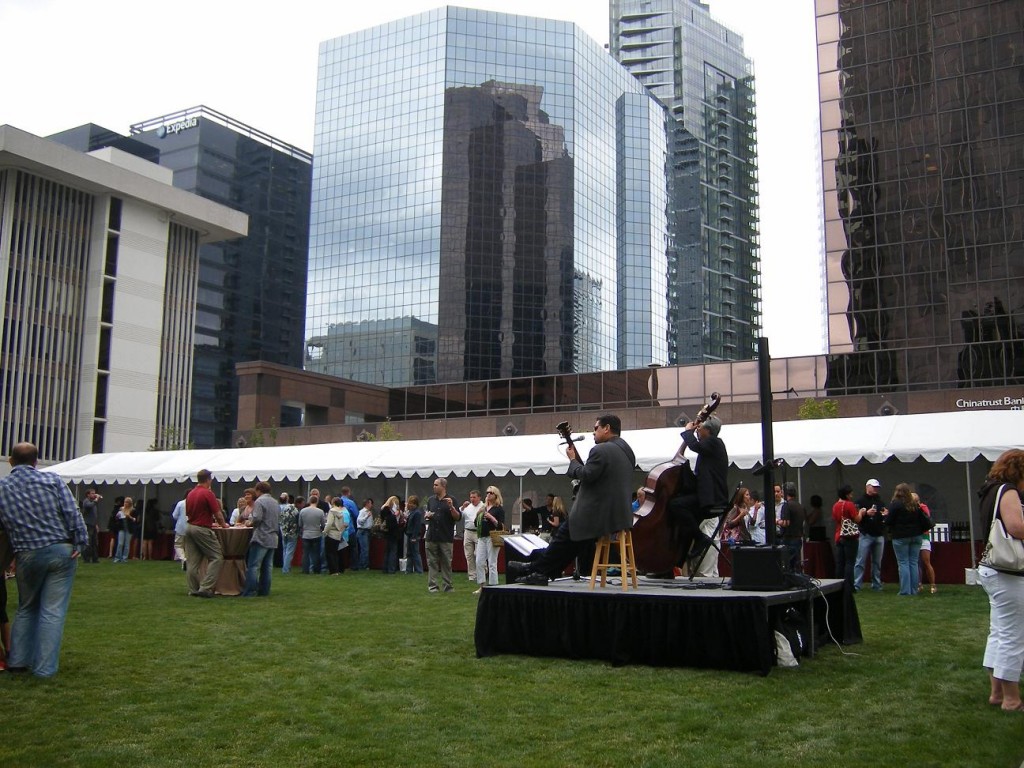