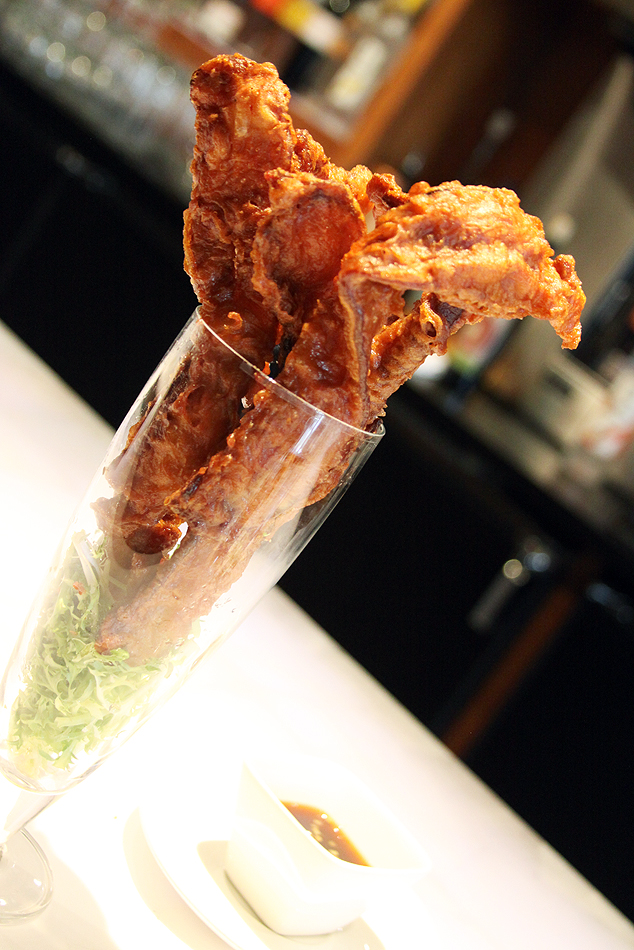 It’s a rumble in the bacon jungle, and Bellevue has to decide – who has the best unique bacon dish? The two places with the most noteworthy and talked-about bacon offerings in downtown Bellevue are LOT No. 3 and John Howie Steak. Where some places may top their food with the crispy slices of porcine goodness, these places are so confident of the Power of Bacon that you can just order it on its own. But they don’t present a serving of bacon without adding a little culinary panache – let’s meet the contenders:

For those who crave the crispness of biting into a slice of bacon, the Tempura Fried Kurobuta Bacon at John Howie Steak is as much about texture as it is flavor. It sounds extravagant, yet their preparation of fried bacon isn’t overly heavy, allowing for the main ingredient to shine through. Thick, long strips of Kurobuta pork belly are dipped in a light batter and then fried, yielding an extra layer of intense crunch, with the added heat from the frying beginning to render the encased bacon into a buttery texture. The slices are presented as a literal bouquet, fanned-out in a tall pilsner glass, nestled on top of a bed of greens and served with a side of chili ponzu sauce. The dipping is optional, providing a sweet and spicy kick to each bite, but the bacon is more than capable of standing on its own. It’s available for $6 on John Howie Steak’s Happy Hour, which runs daily from 3-6pm, as well as an After Dark Happy Hour, starting after 9pm.

Flavor packs a one-two punch at LOT No. 3, where bacon aficionados can choose sweet and/or savory. Sliced thick from Wisconsin-based Nueske’s slab bacon, the slowly smoked flavor of Applewood is absorbed into every bite. It’s got a rich meatiness, with the heightened bite of smoke that demands a slow, relaxed enjoyment of each slice, preferably with a whiskey or bourbon-based cocktail in-hand. Their candied bacon is a nod to a Southern favorite, where maple syrup is often used. LOT No. 3 creates a caramelized brown sugar coating that offers a sweetness that compliments the smokiness of the bacon, further adding to the flavor experience. As an added treat, LOT periodically serves Old Fashioned cocktails where bacon has flavored the bourbon, lending its smoky, savory notes to an already hearty drink. You can customize your bacon order at LOT No. 3 during their daily happy hour from 4-6pm, each slice (candied or smoked) at $1.

So, Bellevue, it’s up to you to decide – there’s a crispy bacon bout to knock the other out, a tasting challenge for the readers to take on, deciding whose swine is most divine? Just remember, keep the fight clean, no hitting below the belt, and remember – everybody wins when bacon is involved. 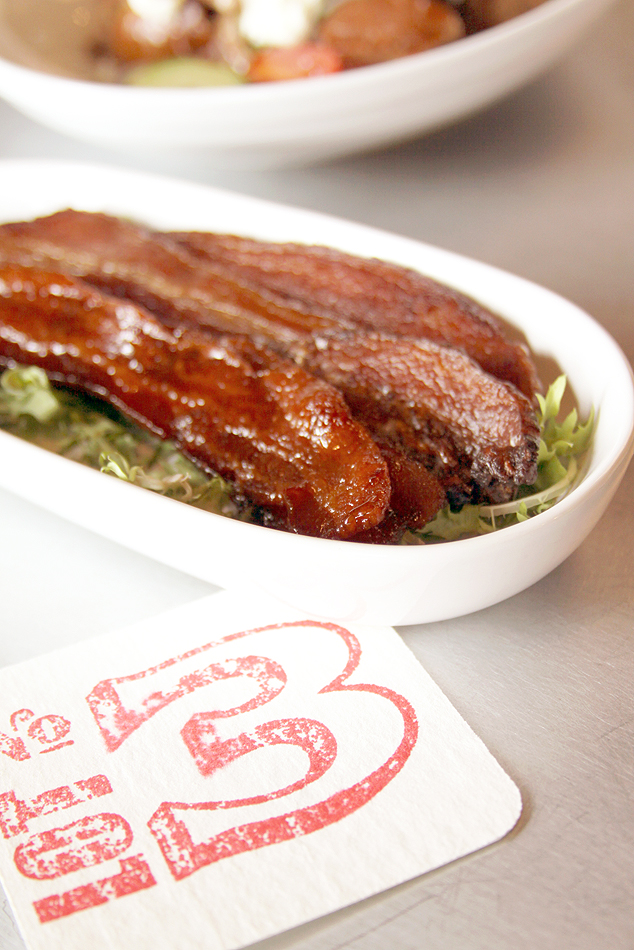