The City of Bellevue, with the support of Intelius, hosted the inaugural year of Summer Movie Nights at the Bellevue Downtown Park. Movies were shown for 5 weeks in Downtown Park every Tuesday at dusk, from July 7th to August 4th. The City’s vision was simple; they wanted to bring the community together for a free family activity during this economically challenging time.

We received feedback from the City of Bellevue to gage the response from this summer’s Movie Nights. For the 5 movies that were shown at Downtown Park there was an average of 645 people in attendance, with the largest attendance being on July 21st for “Second Hand Lions,” with an estimated 725 people. The city saw all demographics come out for the movies. Support has been high by community members, according to officials from the city.

It was great to see this event take place this summer, as it was long over due. Discussions among key stakeholders will begin shortly regarding the fate of next year’s Summer Movie Nights in The Park. 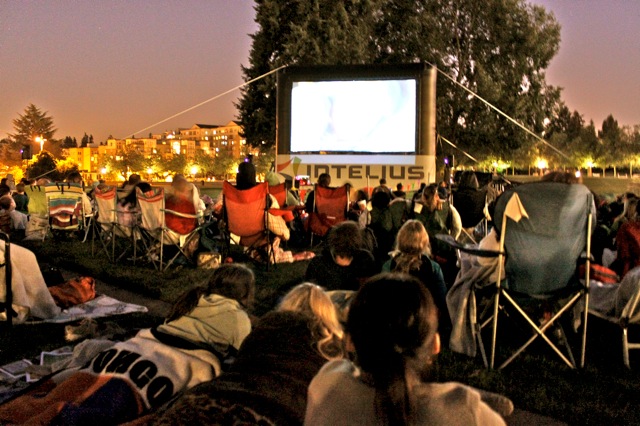