The new banana stand in Bellevue is a community fruit stand that was started by Amazon. The stand offers free bananas to passersby.

Located at Amazon’s Bingo building, the address is 333 108th Avenue Northeast. Referred to as “Banista”, the stand is open Monday through Friday from 8:30am to 3:30pm.

Expedia previously occupied this building until December 2019. They are currently leasing office space at the Skyline building on Northeast 4th Street and plan to be there at least until their lease is up in 2023. The travel technology company announced back in 2015 that they would be moving their corporate headquarters to Seattle.

Amazon announced in 2018 that they would be moving into the former Expedia headquarters. According to building owner, Equity Commonwealth, they signed a 16-year lease that began in 2020. The lease includes all 20 stories of the building, which is more than 400,000 square feet of space. 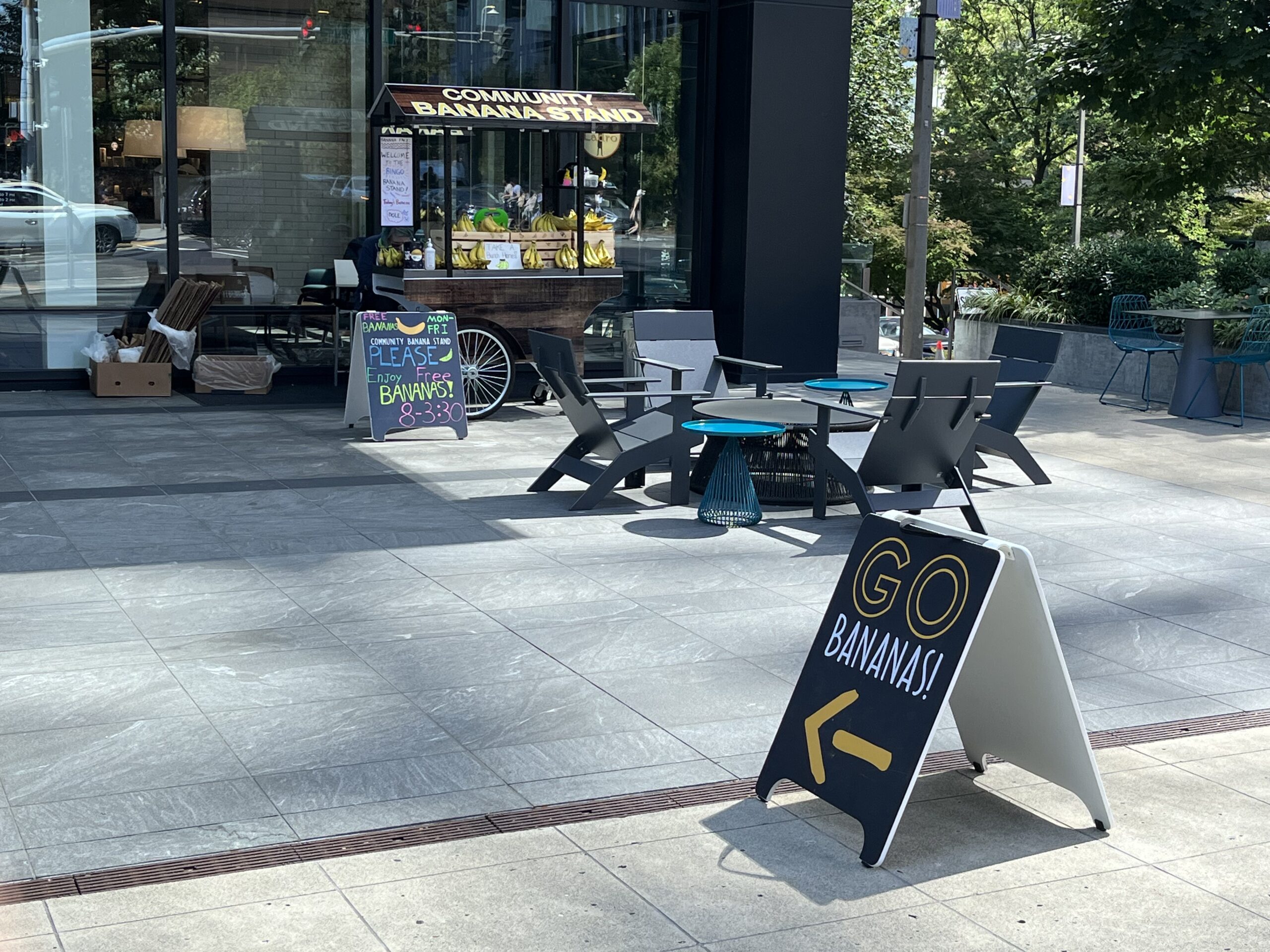 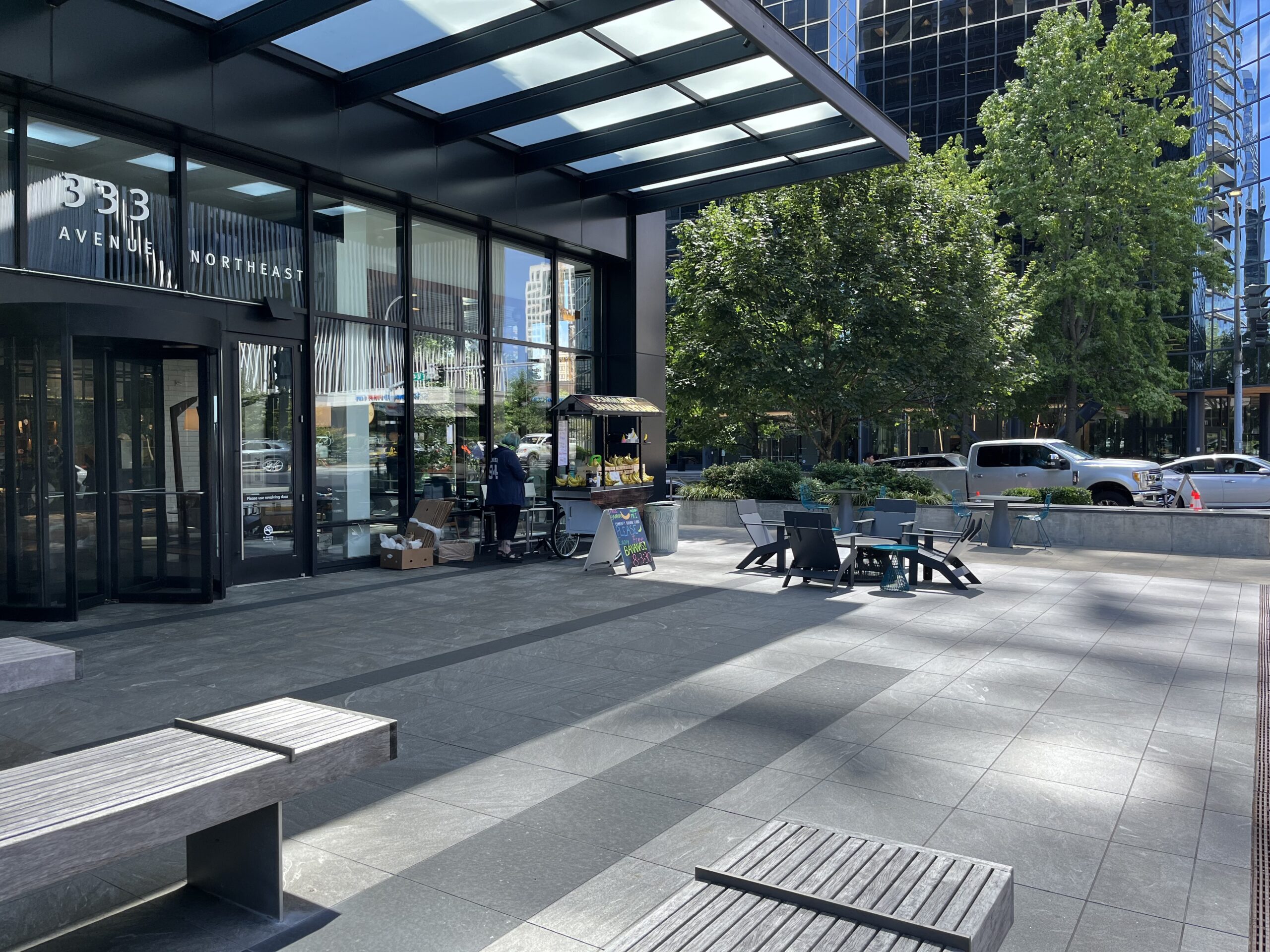