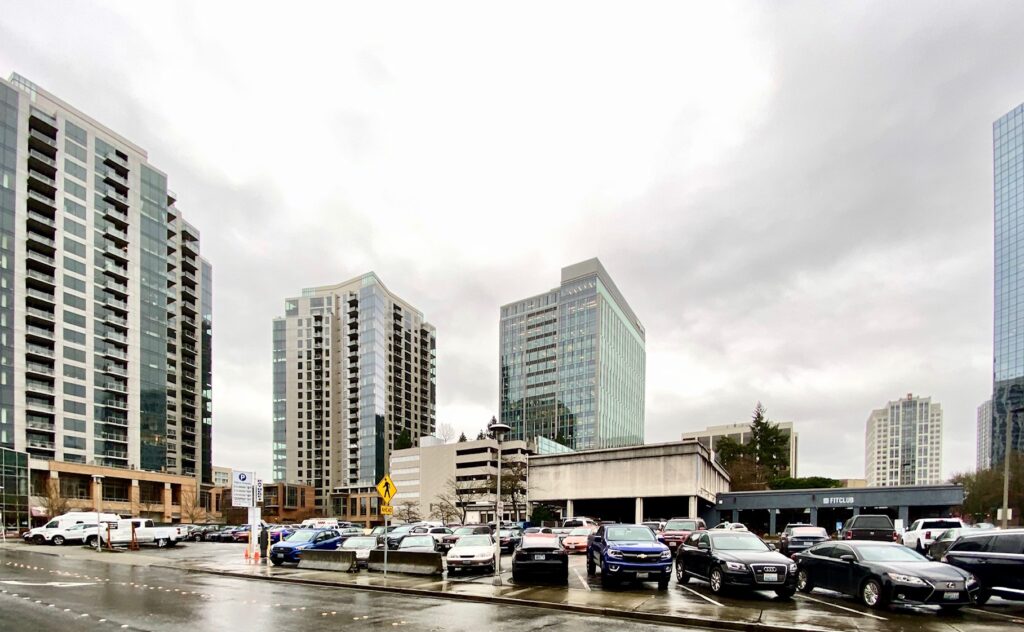 According to a Master Development Plan submitted to the City of Bellevue, the previous plan for the Washington Square Expansion, including an office tower and hotel has been canceled and now reconfigured. Instead, a smaller project has been planned with a 2-phase mixed-use project.

The site lies at the northeast corner off the intersection of Northeast 8th Street and 106th Avenue Northeast. Within this Superblock are the two Washington Square Residential Towers, the Hilton Garden Inn Hotel, the Bellevue Office Tower and more. The address is 10620 Northeast 8th Street.